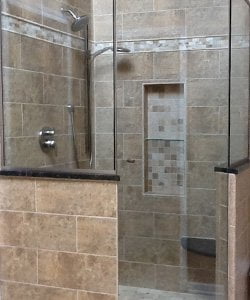 GlassWorks’ frameless glass shower doors are their most favored shower doors due to the fact of these options: